An estimated 21% of Canadians, about 6 million people, will meet the criteria for addiction in their lifetime.

Key Statistics on Substance Use and Drug Addiction in Canada

Addiction in Canada by Substance

Canada’s most commonly abused drugs are alcohol, nicotine/tobacco, and cannabis. Illegal drugs and the abuse of prescription drugs are also serious issues for Canadians.

The following sections are some major statistics for each substance.

Deaths Caused by Drug and Alcohol Addiction in Canada

Drug abuse, addiction, and misuse can cause users many emotional, social, and physical issues. However, the worst risk is death. Overdoses, car accidents, and diseases caused by drug use can all be deadly.

Addiction in Young People in Canada

Canadian Addiction Treatment Statistics and How to Get Help

Addiction treatment is accessible and affordable in Canada. Many people struggle with a substance use disorder, but treatment can help. 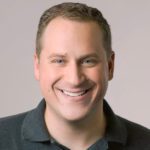